About The Wright Life

The Wright Life is an alternative sports store, and has been since it was founded in 1981 by Bill Wright. The store is staffed by an experienced and enthusiastic team that live our motto, "THE MOST FUN WINS!"

We are a retail store and online retailer focused on providing top of the line products, but most importantly we are enthusiastic participants in the sports we promote.  With the knowledge that comes from our staff's hundreds of combined years of experience, we provide the products as well as knowledge about how to make them work for you.

The links below provide more information about these sports—provided by our knowledgeable staff who make it a way of life.

Map and directions to the store

History of The Wright Life

Here's some history as we can remember it

Even before The Wright Life was born in 1981 the ground work for the "alternative sports" world was being formed by Bill Wright. The Wright Life has run contests, event promotions, and specialty demonstrations for over 15 years. Creating exciting opportunities for the Fort Collins community and beyond. Here are some of the highlights on our history, so far.

1976 - Bill started School at Colorado State University in the Fall of 1976. Immediately started playing disc sports on campus as there was a small group of players that had been to some tournaments and followed the International Frisbee Association. 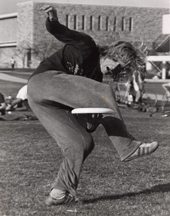 1980- Bill Wright and ýThe Coloradicalsý win their first of five world titles at the Rose Bowl in Pasadena, California. Bill Wright takes over director position of the Freestyle Players Association for the next twelve seasons. 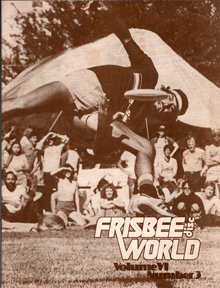 1981- The Wright Life Sports store opens in October in their current location of 200 Linden in Old Town Fort Collins. Right away the trends were set.

- First shop to carry Skateboards in Ft Collins since the closing of Bombergs Bicycles in 1979.

- First shop in Colorado and most of the world to carry a professional, specialty line of flying disc products.

1982- The Grateful Dead's attorneys confront The Wright Life about selling Grateful Disc products through similar trade avenues as Grateful Dead merchandise. Wright agreed to cease sales through the Rolling Stone magazine, no other action was taken. Bill Wright Competes in one of the first Snowboard contests in Colorado held at Berthoud Pass ski area. One of the only Ski areas in the nation to allow snowboarders on the mountain at the time. Snowboards had no edges and wood bases. Skegs on the back of the board provided the only grip for carving turns.

1984- Old Town Square opens in June with the Old Town Street Fair-. The Wright Life, in the heart of Old Town, runs the first Skateboard contest in Colorado in over 5 years. It was the first ever streetstyle skateboard contest in Colorado. The business atmosphere in Downtown begins drastic change to an acceptable shopping area and family place. Skateboarding makes good first impression. 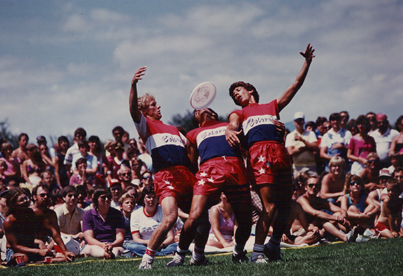 1985- The first ever Footbag tournament held in Fort Collins, sponsored by The Wright Life. 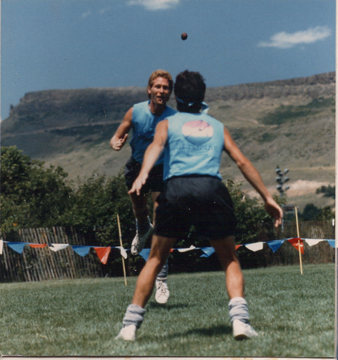 1986- The Wright Life becomes the first store in Fort Collins to carry in-line skates. The Wright Life hosts the Freestyle Players Association World Championships. Per Welinder, Joe Johnson, and Kevin Staab Demo at the 3rd Annual Streetstyle Skateboard Contest in Old Town, Ft Collins. Nearly 5,000 people viewed the Streetstyle and Half-Pipe demonstration which took place on the corner of Walnut and Linden streets in Old Town. The Half-Pipe, built by Joe Johnson, was completely portable and was used several times throughout the State. 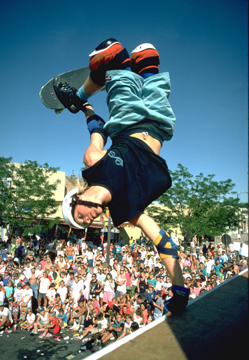 1988- The 5th Annual Streetstyle Skateboard Contest and Demonstration features Tony Hawk, Joe Johnson and Kevin Staab. Again nearly 3,000 spectators witness some of the finest vert skating in history. The Wright Life suggests the City to get involved with the development of a skateboard arena for Fort Collins. The natives have become restless with the growth of skateboarding in the area and the use of natural street terrain as skating obstacles.

1989 - Ray Barbie and ýActioný Jackson together to demonstrate in-line and skateboarding. The crowd general goes crazy and the days of skateboard demos in Old Town end. The Wright Life assists a private developer in the first major indoor skate park in Colorado. The facility had a bowl, mini half-pipe, vert half-pipe and street ramps. The park closed in less than two years.

1990- First ever in-line skate race held in Fort Collins, only the second race ever in Colorado. Sponsored and promoted by The Wright Life. The Wright Life finally succeeded in convincing The City of Ft. Collins to install an 18 hole Official Frisbee Golf course at Edora Park. After six years of proposals the City is overwhelmed by the response. The course has since been used in National and International Disc Golf events. Thousands of rounds are played each month.

1992- U.S Open flying Disc Championships to be held in Fort Collins. Produced and sponsored      by The Wright Life and Wham-O manufacturing. Eight different countries are represented.

1993- Wright Life participates with Triple Crown Sports on the first National in-line race and Hockey series. The Wright Life purchases the rights to the Ultimate 4th of July one of the Nationýs most competitive Ultimate Frisbee events. The Wright Life hosts & produces the PDGA World Amateur Disc Golf Championships.

1994- Bill Wright elected President of the World Flying Disc Federation. Linden Hotel renovation is completed after 11 years of being condemned across the street from The Wright Life. The Wright Life hosts The U.S. Open Flying Disc Championships for the second time. The Wright Life bring in Invisible and Think on two different demonstration tours. The response was terrific for the local skaters. The Old School and Streetstyle contest was also held at City Park in Ft Collins. The Old School contest featured high jump and a slalom course.

1995 - Finally, after nearly 10 years of persistence and determination the City of Ft Collins installs the first Skate park at its temporary location in Rolland Moore Park. The Skate Park was later moved to The Northside Community Center. The Wright Life first approached the city in 1985 about this project. The Wright Life succeeds in selling the idea of Disc Golf to Aspen Skiing Company. A 18 hole course is installed on the top of Aspen Mountain. It becomes the highest disc golf course in the world at 11,212 feet. An annual event called ýKiss the Skyý emerges as a player favorite. As president of The World Flying Disc Federation, Bill Wright represents flying disc sports in their successful attempt to be included in (GAISF) The General Assembly of International Sports Federations and (IWGA) The International World Games Association. The GAISF congress was held in Seoul, Korea.

This is all I have so far. I'll fill this gap in later.

2004 - We've now celebrated our 22nd Anniversay as a retail and mail order company specializing in Flying Discs. We will host the 10th Consecutive Kiss The Sky Event in Aspen, Colorado and the 27th Consecutive Grateful Disc Frisbee Festival this coming April.