Gary passed away on February 6, 2014 after a strenuous fight against pancreatic cancer. He was 65 and lived with his family in Hamilton, NJ. He is survived by his loving wife of 40 years, Gina, and their two children, Megan and Douglas. 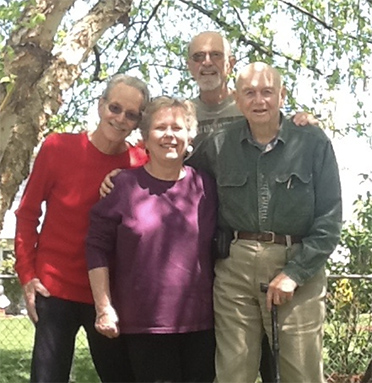 He was an early computer whiz, and was employed by New Jersey Bell Telephone Co., Bell Labs, and Citibank, amongst others. In the early days of his friendship with Stork, Gary would sneak his buddy into the labs to play chess against the “main frame.” Security was a good bit less strenuous in those days.

Gary was an internationally-known organizer in the early days of flying disc sports. He collaborated with Stork and Flash Eberle to found and publish Flying Disc World Magazine. He also was a prime mover on the development of the Octad overall tournament in New Jersey, as well as Jersey Jam.

He competed in the 1974 American Flying Disc Open in Rochester, NY and then went on to develop a new type of ground basket for the 1974 Jersey Jam. In 1975, Gary participated in the World Frisbee Championships in Pasadena, CA. He was a Frisbee Master at that time and he fell just short of qualifying for World Class Frisbee Master. The test was difficult. It’s worth noting that Steady Ed, also came up one throw short that day. After that, Gary always listed himself as “AWCFM*”- Almost… World Class Master- Not cleared for sidearm skips. 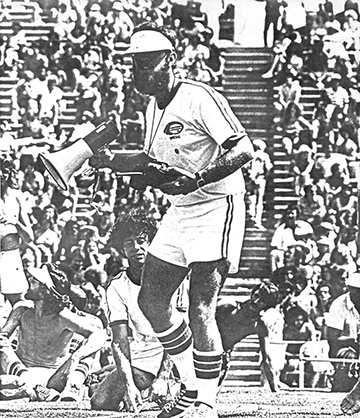 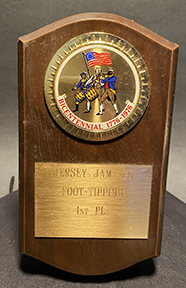 When Stork became director of the International Frisbee Association, Gary became key staff for virtually all major IFA events, both as a field manager and as the developer of the early computerization of the handling of event statistics.

Gary and Stork began disc collecting together in 1974. Their earlier passion was to uncover more information about the Frisbie Pie Company, in Bridgeport, CT. Because it was only a couple of hours drive from New Brunswick to Bridgeport, the two sleuths made a number of trips to search for evidence. At the time, amazingly, there was only one Frisbie Pie tin held by collectors. That was in the hands of Dr. Stancil Johnson. Through dedicated digging, Gary and Stork were eventually able to uncover more tins and additional cool company paraphernalia. They got their first tin for $1.25. Both said that day was one of the most exciting and satisfying of their lives. Sad, in a way… but true. It was such a rush! 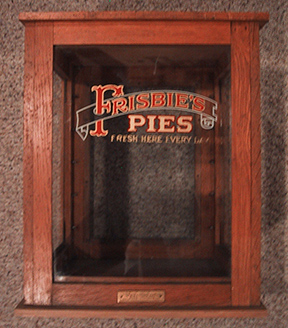 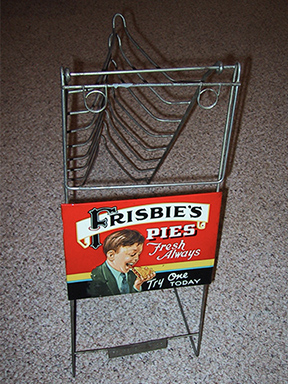 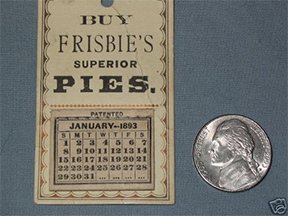 In addition to his obsession with disc sports, Gary enjoyed spending time with his family, visits to Maine, his guitar, the dulcimer and music. Gary was passionate about his many hobbies, including camping, flying kites, magic, juggling, biking, bowling, darts, rc model sailing and playing ping pong and pool.
Beyond all of his achievements, Gary will always be remembered as a wonderful friend and as one of the great story tellers of the sport. His boundless enthusiasm bubbled out of every line and it was always a delicious treat to hear him spin a tale. Many of the items in his collection came from those wonderful times. Gary would be mightily pleased to know that his treasured plastic (and stories) will be welcomed by new and loving hands.