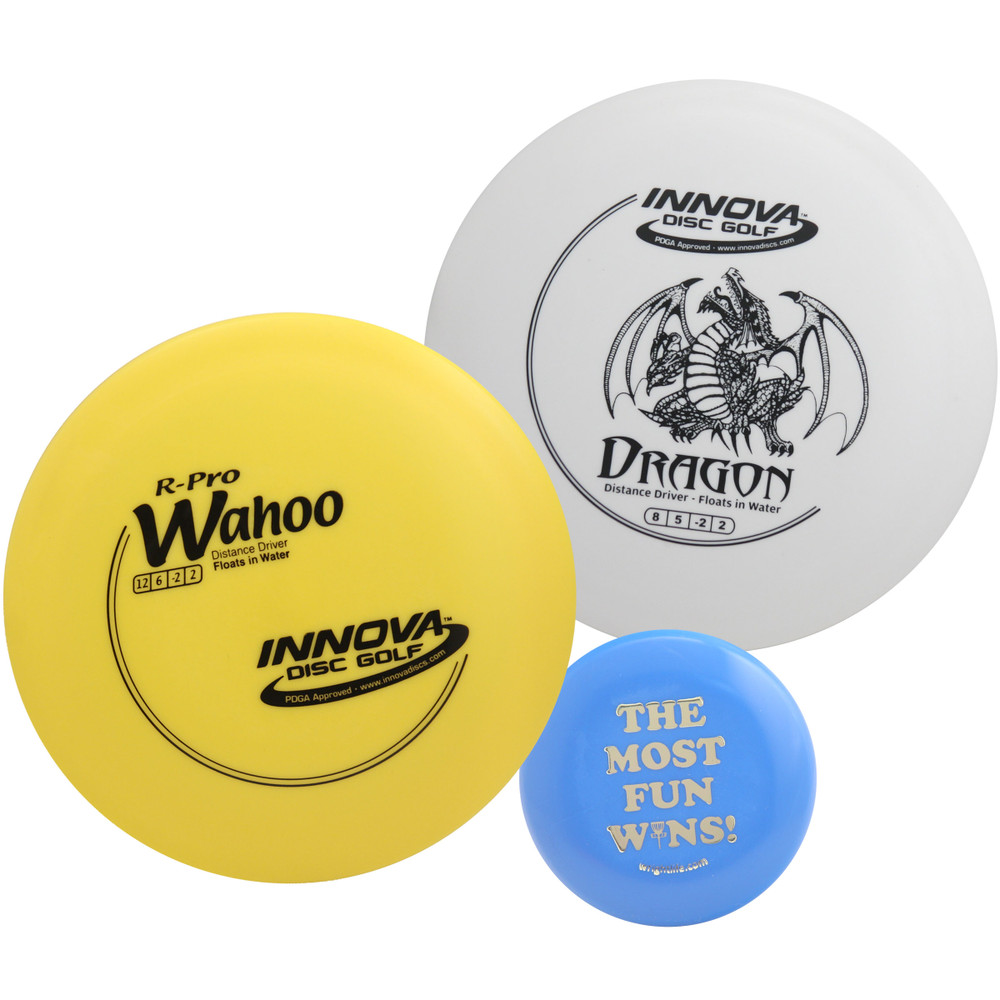 Included in this set are two Innova disc golf drivers which both will float on water if you happen to throw an errant shot into the lake! This can really help you get the disc back, as sometimes you can't see a disc after it sinks. Also, we'll toss in a mini disc for marking your shots or just to have some fun tossing it around!

The Dragon is made with the grippy, yet durable, Innova DX plastic, and the Wahoo is made with Innova's ultra-grippy R-Pro plastic. Innova says about the Dragon: 'The Dragon is a lightweight distance driver with excellent glide for less powerful throwers who want to get more distance with less effort. Made with a special blend of plastic, the Dragon has great grip and will float in water." .. and about the Wahoo: "The Wahoo is a fast disc with a lot of glide. This disc has a flight similar to a Dragon with increased speed and range."